Data suggests it is a non-problem 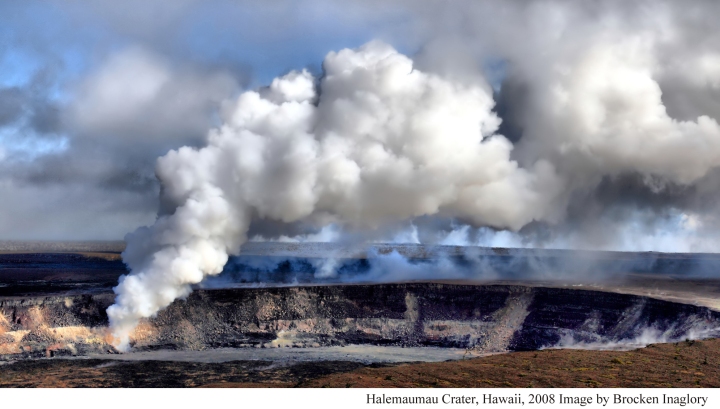 For almost a month, the ongoing saga of the eruption of Hawaii’s Kilauea volcano has captured the attention of world media. Fountains of red-orange fire, lava flows, and ash-plume explosions destroyed dozens of homes and forced thousands of residents to flee the area. But media warnings about dangerous acid rain resurrected a long-believed myth of the environmental movement.

CBS and CNN ran with headlines listing acid rain as a danger from the Kilauea eruption. US News said, “Acid rain could be the next threat Hawaii residents face in the coming days…” CNN stated “if you do come in contact with acid rain, wash it off as soon as possible.”

The sulfur dioxide gas (SO2) emitted by Kilauea is a pollutant that can be harmful if inhaled. Inhalation of SO2 causes irritation of the nose and throat and can cause life-threatening accumulation of fluid in the lungs at high concentrations. In contrast, there is no evidence that anyone has ever been directly harmed by acid rain.

Scientists measure the acidity or alkalinity of solutions using a 14-point logarithmic scale, called the pH scale. Water is neutral with a pH of 7. Battery acid has a pH of about one. In contrast, lye, which is alkaline or basic, has a pH as high as 13. Rainwater is naturally acidic, along with milk and most of our foods.

Both nitrogen dioxide (NO2) and sulfur dioxide gases react in the atmosphere to form nitric and sulfuric acid. These gases dissolve in water droplets and can increase the acidity of rainfall. But acid rain is only mildly acidic with a pH of about 4, about 100 times less acidic than lemon juice.

In the early 1980s, acid rain caused by NO2 and SO2 emissions from industry became a major environmental concern. Acid from rain was blamed for acidifying lakes and damaging forests in Eastern Canada, the Northeastern United States, and Northern Europe. Magazines and newspapers showed images of dying trees, blaming industrial air pollution.

In Germany, the word “Waldsterben” (forest dieback) was coined, and acid raid was said to be destroying Germany’s Black Forest. In 1981, Professor Bernard Ulrich of the University of Göttingen, predicted, “The first great forests will die in the next five years. They are beyond redemption.”

The National Acid Precipitation Assessment Program (NAPAP), a $500 million multi-year research effort, was established in the US in 1982 to study the issue. The Geneva Convention on Long-Range Transboundary Air Pollution began efforts in Europe in 1983. Acidification of lakes and destruction of forests from air pollution became a widely held belief taught in universities across the world. Acid rain became a driver of US and European efforts to reduce SO2 and NO2 emissions.

But the actual impact of acid rain was much less than feared. The 1990 NAPAP report, titled “Acidic Deposition: State of Science and Technology,” concluded that “acidic deposition has not been shown to be a significant factor contributing to current forest health problems in North America,” with the possible exception of the high-elevation red spruce in the northern Appalachian Mountains. Another study found that damage to Appalachian red spruce forests was caused by the conifer swift moth, not acid rain.

The NAPAP study also found that only 4.2 percent of lakes in the Eastern US were acidic, and that acidic conditions for many of these lakes were due to natural factors or surface mining runoff, not acid rain. The NAPAP study also concluded that 1990 levels of pollution-caused acid rain were not harmful to agriculture or human health.

In Europe, subsequent analysis showed German forest dieback to be due to disease, weather, and other factors, with acid rain playing an insignificant role. The great forests of Europe remain with us today.

Over the last four decades, the United States and the nations of Europe have been remarkably successful reducing emissions of nitrogen dioxide, sulfur dioxide, and other dangerous pollutants. According to EPA data, US emissions of NO2 are down 61 percent and emissions of SO2 are down 87 percent from 1980 to 2016. Emissions in Europe have also been reduced to a small fraction of 1980 levels.

Possibly the greatest evidence against harmful effects of acid rain is the fact that acidic lakes have not “recovered” after most sulfur and nitrogen pollution was removed from the atmosphere. The 2011 NAPAP report to Congress stated that SO2 and NO2 emissions were down, that airborne concentrations were down, and that acid deposition from rainfall was down, but could not report that lake acidity was significantly reduced. The report states, “Scientists have observed delays in ecosystem recovery in the eastern United States despite decreases in emissions and deposition over the last 30 years.” In other words, the pollution was mostly eliminated, but the lakes are still acidic.

Unfortunately, both the news media and many colleges continue to proclaim the myth that acid rain is a dangerous problem. In any case, if you do come in contact with either lemon juice or acid rain, be sure to wash it off as soon as possible.

Originally published in Master Resource. Republished here at request of the author. Steve Goreham is a speaker on the environment, business, and public policy and author of the book  Outside the Green Box: Rethinking Sustainable Development.

113 thoughts on “The Myth of Dangerous Acid Rain”