By WUWT regular “Just The Facts”

Given the apparent prevalence of “Global Warming Deniers”, it seems prudent to take a look at the data so that everyone is clear when Global Warming began and what is undeniable. As such, from the following EPICA Dome C Ice Core record from Vostok, Antarctica, over the last 450,000 years Earth has experienced numerous Glacials, commonly referred to as Ice Ages, and Interglacials,  like the Holocene Interglacial we are experiencing today: 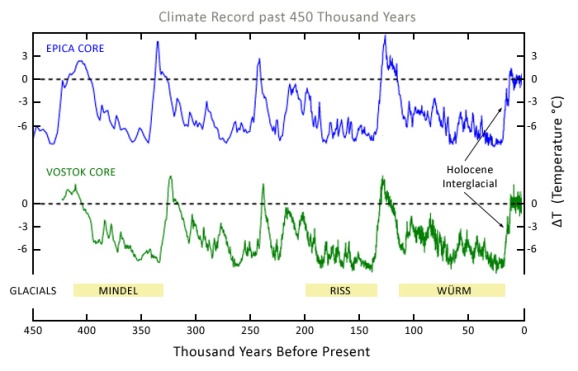 Now looking at the GISP2 Ice Core record from Greenland, over the last 10,700 years, you can see the rapid warming that occurred at the end of last Glacial and that the current Holocene Interglacial reached it’s maximum peak between 8000 – 7500 years ago: 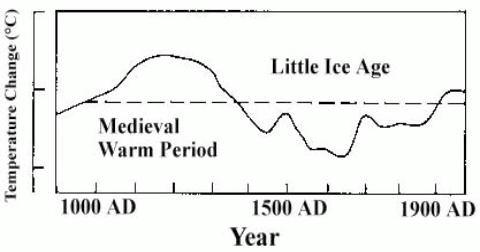 JoNova – IPCC AR1 – Click the pic to view at source

The Little Ice Age “has been conventionally defined as a period extending from the sixteenth to the nineteenth centuries, or alternatively, from about 1350 to about 1850, though climatologists and historians working with local records no longer expect to agree on either the start or end dates of this period, which varied according to local conditions. NASA defines the term as a cold period between AD 1550 and 1850 and notes three particularly cold intervals: one beginning about 1650, another about 1770, and the last in 1850, each separated by intervals of slight warming.” As such, one could argue that Global Warming began in “about 1850”. 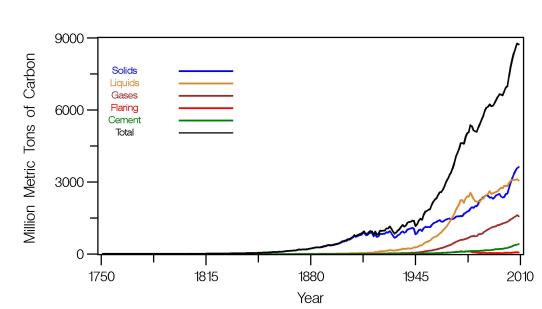 This is why the IPCC only claims to be;

As such, one could argue the Global Warming began in “the 1950s”.

However, if you look at the Met Office – Hadley Center  HadCRUT4 Global Surface Temperature record for the last 163 years you can see that temperatures didn’t warm during the 1950s, nor the 60s:

However, in 2010 Phil Jones was asked by the BBC, “Do you agree that according to the global temperature record used by the IPCC, the rates of global warming from 1860-1880, 1910-1940 and 1975-1998 were identical?” Phil Jones responded that,”Temperature data for the period 1860-1880 are more uncertain, because of sparser coverage, than for later periods in the 20th Century. The 1860-1880 period is also only 21 years in length. As for the two periods 1910-40 and 1975-1998 the warming rates are not statistically significantly different. I have also included the trend over the period 1975 to 2009, which has a very similar trend to the period 1975-1998. So, in answer to the question, the warming rates for all 4 periods are similar and not statistically significantly different from each other.”

The warming during the periods of “1860-1880” and “1910-1940”, before anthropogenic carbon dioxide emissions became potentially consequential, is “not statistically significantly different” from the warming during the periods “1975-1998” and “1975 to 2009”. Thus there is no indication that the warming between “1975-1998” and “1975 to 2009” is unnatural, unusual and/or caused by anthropogenic carbon dioxide emissions. Global Warming may have started in 1975, but there is no observable evidence [of] anthropogenic CO2 emission based Global Warming began in 1975. As such, one could argue that anthropogenic CO2 emission based Global Warming began sometime [after] 1975.

However, if you look at following UAH Satellite Lower Atmosphere graph for the last 34 years;

WoodForTrees.org – Paul Clark – Click the pic to view at source

However, this would not  resolve the question of when the “Global Warming” that’s being caused by anthropogenic Carbon Dioxide emissions began. If you look at Global CO2 Emissions from Fossil-Fuels and; 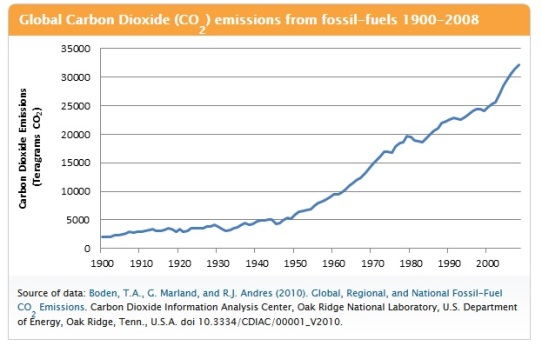 and Cumulative Anthropogenic CO2 Emissions from Fossil-Fuels, you can see that emissions have been growing rapidly in the last few decades: 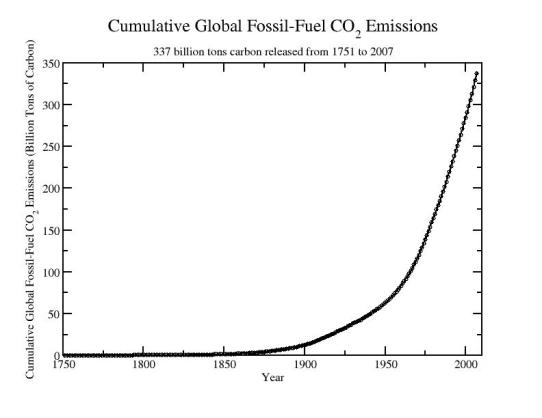 In fact the Economist noted in 2013 that “The world added roughly 100 billion tonnes of carbon to the atmosphere between 2000 and 2010. That is about a quarter of all the CO₂ put there by humanity since 1750. And yet, as James Hansen, the head of NASA’s Goddard Institute for Space Studies, observes, ‘the five-year mean global temperature has been flat for a decade.'”

Anyway, what do you think, when did Global Warming begin?

139 thoughts on “When Did Global Warming Begin?”