From Tallblokes Talkshop, note what happens before 1958. 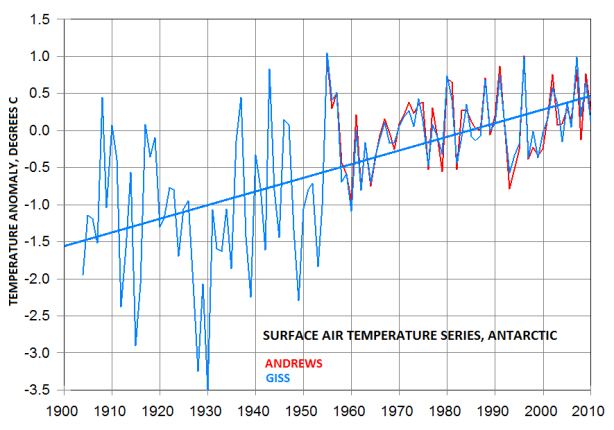 The close match between GISS and me after 1955 is encouraging in that it shows that there’s at least one corner of the Earth where GISS hasn’t seriously mutilated the raw data. But GISS bumps Antarctic warming up from little or none since 1955 to two full degrees since 1900 by extending the Antarctic record back to 1904. Here’s where GISS gets the pre-1955 temperatures from: 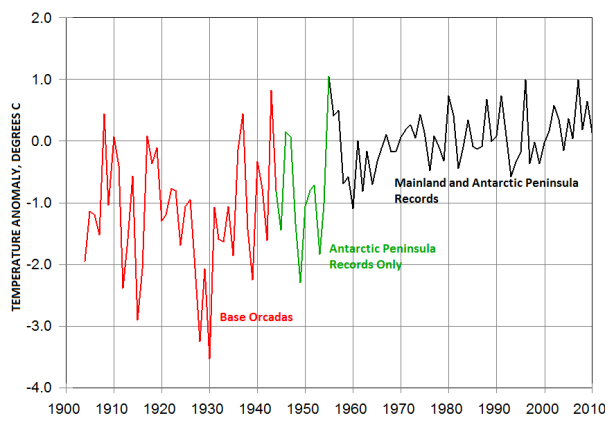 Projecting temperatures from the Antarctic Peninsula over the entire the entire 64-90S latitude zone, which covers an area of 25 million square kilometers, is bad enough, and projecting temperatures from  a single record like Base Orcadas over a zone this large is even worse. But it gets worse yet. The map below shows where Base Orcadas is. At 60 degrees 44 minutes south latitude IT ISN’T EVEN IN the 64-90S latitude zone. It’s in the next GISS latitude zone up – the 44-64S zone. 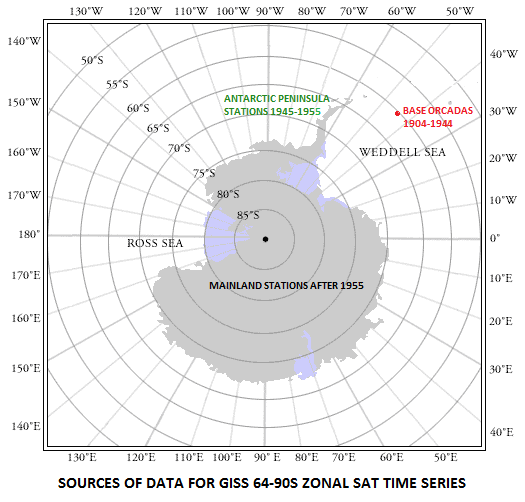 It’s hard to see how data manipulation in the service of global warming could get much more creative than that.